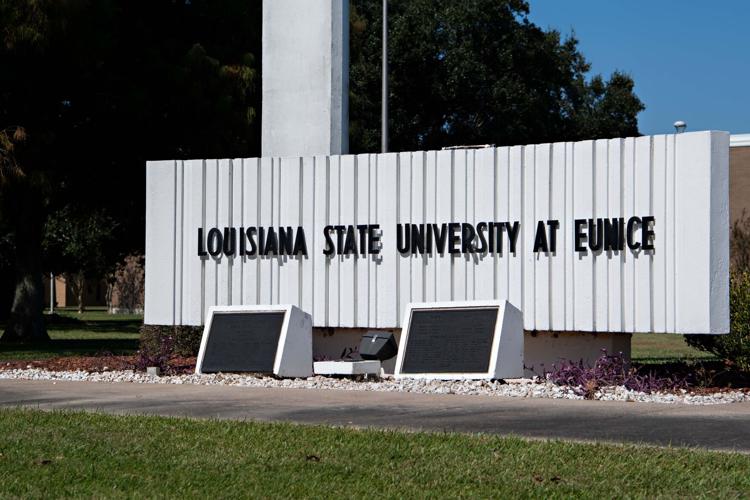 LSU Eunice leaders hope to use a newly awarded grant to bolster the next generation of state agricultural workers and arm them with the technological skills needed for modern farming and ranching.

The two-year college received $846,000 from the Workforce Opportunity for Rural Communities Initiative, a U.S. Department of Labor program, in conjunction with the Delta Regional Authority and the Appalachian Regional Commission. LSU Eunice was one of 12 regional institutions and organizations to receive funding through the program, according to a prepared statement.

The award is the largest grant the college has received in four years.

“This is a huge shot in the arm for LSU Eunice,” Chancellor Nancee Sorenson said.

The school is launching a new Associate  of Science in Agriculture degree in anticipation of the program; Sorenson said they hope these will be the first steps in a larger master plan for agricultural and STEM investments on the campus.

The end goal is to overhaul the school’s science building to create a STEAM Innovation Center — focused on science, technology, engineering, agriculture and mathematics — that will serve students and the community, she said.

Agriculture education has always been part of LSU Eunice and the school is hoping to bring that field back to greater prominence on campus. Sorensen, who grew up in a semi-rural area of Indiana, said she’s passionate about empowering local producers to grow in the market.

Vice Chancellor of Academic Affairs John Hamlin said the school aims to serve 40 students through the grant program, with a focus on veterans, prospective college students and workers looking to change direction and move into the agricultural industry, specifically in Acadia, Evangeline and St. Landry Parishes.

The students will be split into four cohorts that will last six months each, he said. The program is expected to launch in summer or fall 2022, an LSU Eunice press release said.

The program will offer several focuses, including beginner cattleman, a master farmer track, an FAA drone certification, crop analyst certification and Lean Six Sigma belt, the press release said. Hamlin said each student will be able to choose a focus, while also receiving tuition free access to the school’s introduction to agriculture course.

“Our mission is to serve the people of our Acadiana area and Louisiana, in a larger sense. That mission involves preparing our local population to be able to achieve higher wage jobs, to be able to help be viable parts of our economy,” Hamlin said.

Aside from agriculture’s economic importance in Acadiana, farming and ranching has also shaped the cultural roots and history of the region, he said.

“Agriculture is also historically important. In south Louisiana, we are very closely tied to the land and to the produce of our region, and it’s a way of life which needs to be preserved,” Hamlin said.

The grant funds will be used to hire a program director and coordinator to handle administration and supplement teaching, and to purchase a mobile laboratory and equipment to serve students in diverse settings, Hamlin said.

The school leaders said the mobile lab will help make learning more accessible to members of the community typically excluded from higher education because of transportation availability, job restraints and family needs like child care.

“The idea of build it and they will come is a very overextended idea and it’s not a realistic idea in the age of technology,” Sorenson said.

“We have 1.1 million adults in the state of Louisiana with a high school diploma or less. We know that we have high poverty areas in many of our parishes. If we can bring our education to them, so that they’re not burdened with things like transportation and child care, I think that will make a world of difference…We will reach populations that we haven’t touched as much,” she said. “ I really feel we have a responsibility to go to them.”

Partners like the Acadiana Veterans Alliance, St. Landry Economic Development, local school districts and agricultural producers are on board to recruit participants and support their success, they said.

Coastal Plains Meat Company, an meat processing facility that opened in 2021 in Eunice, is one of those partners. CEO David Billings, a Carencro native and U.S. Army Veteran, founded the company with partner Chip Perrin after struggling to find enough meat processing capacity to support planned growth of their own businesses.

Billings owns and operates the Billings Ranch and 3B Cattle Company in Navasota, Texas, south of College Station.

The partnership with LSU Eunice mirrors Billings and Perrin’s personal and professional goals to leverage their education and experience to uplift fellow ranchers and farmers, create opportunities for veterans and strengthen the state economy, Billings said.

Participation was a no brainer, he said.

“For us to be able to stand alongside Louisiana State University and a veteran’s organization that supports transitioning veterans into agriculture by way of higher education and entrepreneurship, well that’s just at the core of who we are,” Billings said.

The cattleman and entrepreneur said he plans to present to the grant students on topics including the cattle industry, meat processing, the food supply chain, logistics and management. Outside the classroom, Coastal Plains Meat Company plans to host internships and apprenticeships to help students get hands-on learning opportunities, Billings said.

The farming and ranching community is aging. Getting fresh workers and entrepreneurs into the industry who are trained in needed technology is crucial to maintaining a healthy agricultural economy and keeping up with the market, he said.

I think it’s really only done by understanding the business itself, which comes by higher education    and the application of technology,” Billings said.

Will the Run Up in Retail Meat Prices Continue? USDA Thinks So, Says Consolidation Isn't Fully to Blame